Even tough biker types need someone to hold their hand and say ‘there, there’ in an emergency.

This was one of the points made by paramedic Paul Riley who spoke at this year’s Breakfast Torque about what to do in a motorcycle crash. Run in conjunction with Motorcycle Safety Awareness Week in October, Breakfast Torque is annual event for motorcycle riders that’s part-funded by the RTA.

One of several expert speakers that morning, Paul said it was important to secure the crash site. He said someone who’s been in a crash should not be moved unless absolutely necessary and their helmet must be left on to prevent worsening any spinal injuries. The helmet should only be removed if it’s obstructing breathing. Paul also stressed the importance of talking to the injured person, holding their hand and keeping them calm and reassured.

The Royal National Park is a popular destination for many weekend motorcyclists, and has the unfortunate distinction of being the location of 63 motorcycle crashes between 2000 and 2004. Breakfast Torque is the educational component of a campaign that runs across summer. The second phase of the campaign is Adrenalin Kills, which involves RTA-enhanced enforcement in the Park throughout summer. 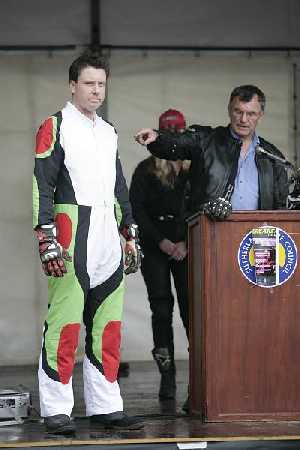 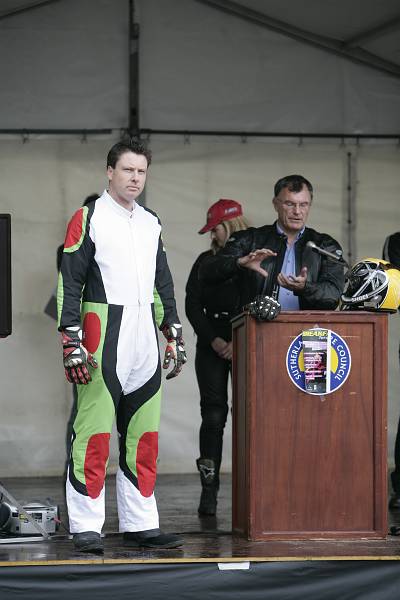 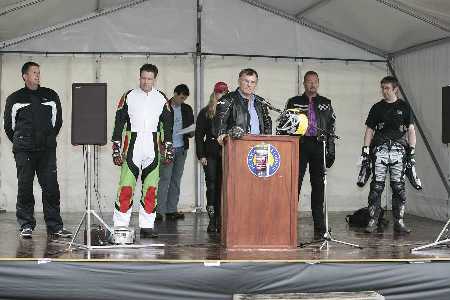 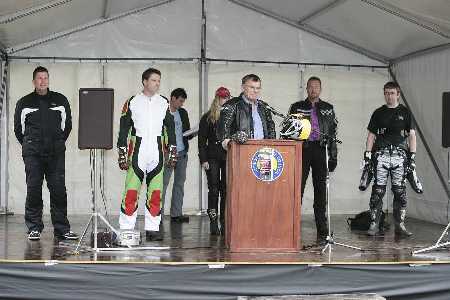 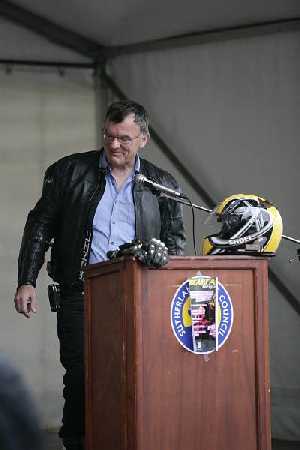 Princes Highway, Loftus
Just over the tramlines, on the left,
Just before the Nasho turn off

Breakfast Fit in an early morning ride, a free feed and then retire.

Get there early, pig out while checking out riding gear, various models, speakers on protective gear research and roadcraft. Got a question about stuff? Ask it here, experienced riders in attendance.

An initiative of the Local Government Safety Program
Supported by MCC of NSW, BIKERS ANON, WIMA(NSW), Salvation Army (great cooks!) Sutherland Shire Council and Rockdale City Council (Their territory and their budget ‘cos that’s where riders crash on their way home after a day down South)