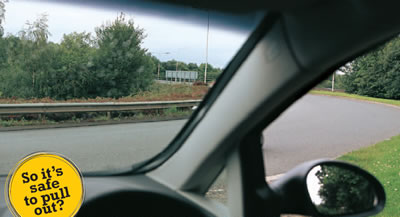 Concern has been expressed, particularly in the UK, that the front window pillars (A Pillars) in modern cars are becoming wider and as a result the possibility of a motorcyclist being obscured by the A Pillar has increased.

A Pillars are becoming wider to accommodate air bags or to improve roof strength in the event of a roll over.

The Transport Research Laboratory Limited in the UK has researched this issue and produced a report.

“Investigation into ‘A’ pillar obscuration” – a study to quantify the problem using real world data”,
TRL Report No. PPR159, March 2006.

As part of the research they reconstructed 10 crashes in which it was thought A Pillar obscuration could have been a factor.

Three of these crashes involved motorcycles, all at T intersections where a car was turning right and a motorcycle was approaching from the right. In one case the motorcycle was obscured for 4 seconds and in the other two for about 2 seconds. A moped was involved in another case at a T intersection but it was determined that a parked car played a greater role in obscuring the moped than did the A Pillar.

It is of concern that out of 10 cases investigated, 4 involved motorcycles or a moped and that the motorcycles were obscured for between 2 and 4 seconds.

As it is possible to travel a considerable distance in 2 to 4 seconds and motorcyclists should be aware that they could be invisible to a car driver for this period of time. 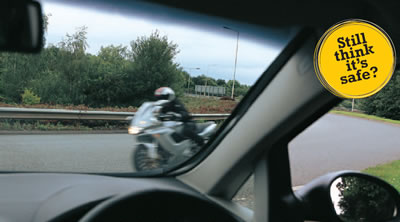 The NRMA have developed a Vision Index to rate cars on how well drivers are able to see out of different model cars,
information on this index can be found here