The reality is that most people in urban centres will drive a car or ride a motorcycle because too many people have no choice
More about Public Transport here:
Action for Public Transport NSW
Ecotransit NSW

Motorcycles and Scooters are far more efficient and less wasteful than a car.

Average car occupancy for Sydney is around 1.1 persons per vehicle trip. See the link here to the Analysis of Sydney Household Travel Survey

According to the Australian Bureau of Statistics, the average efficiency of the Australian vehicle fleet has not changed significantly since figures were first collected in 1963.

The NSW Department of Environment and Climate Change tell us that reductions in fuel consumption from improved technology in private vehicles continue to be offset by increases in the weight and power of new vehicles.

This is reflected in the following table from the Australian Greenhouse Office:- 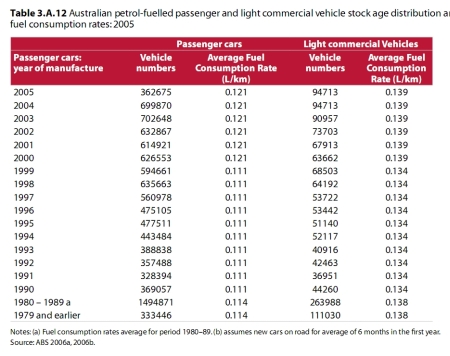 Motorcycles are lightweight and city commuting scooters are even lighter with small engines that use even less fuel.

Again, this is recognised by the Australian Greenhouse Office 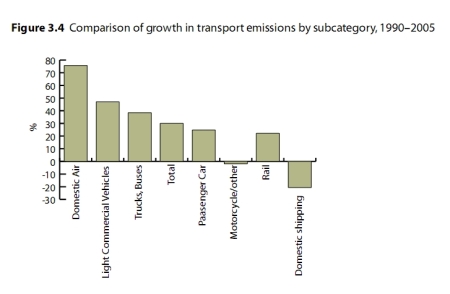 During the same period as the above chart, the motorcycle fleet has expanded by more than 30%. This indicates the improvements in emissions of newer motorcycles and scooters and points to an under utilised transport strategy option.

Motorcycles are high occupancy vehicles and can use Transit Lanes.
Professor Marcus Wigan, in his report to the Victorian government and Appendices, found that motorcycle trips take 14 – 46% less time in suburban areas

The Australian Greenhouse Office Workbook provided references for this page. Please note that motorcycle data used is quite old and does not include recent developments in lowered emission outputs.

Also note that fuel consumption figures for cars available from the Green Vehicle Guide are theoretical figures from laboratory testing and while comparative between different cars, do not reflect actual consumption in the real world of congested traffic. Basically, the heavier the car, the more fuel it uses.

Walking and cycling are only viable for trips up to about 5 kilometres. Bicycles may commute further if geography and specially built level tracks allow.