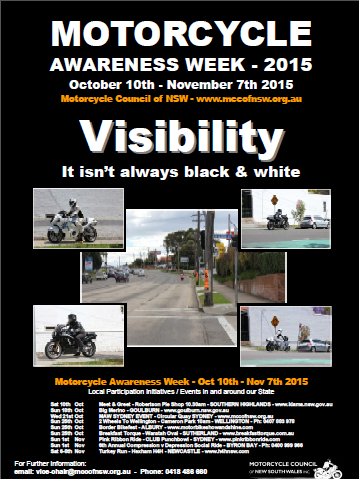 A pdf version of the poster can be downloaded from the bottom of this page. 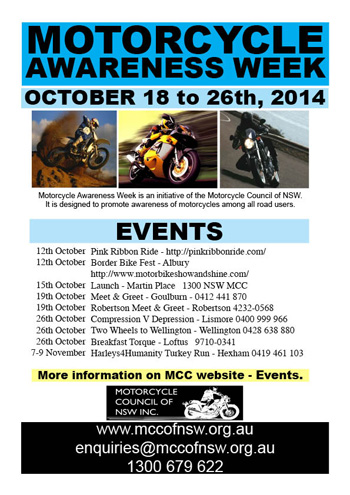 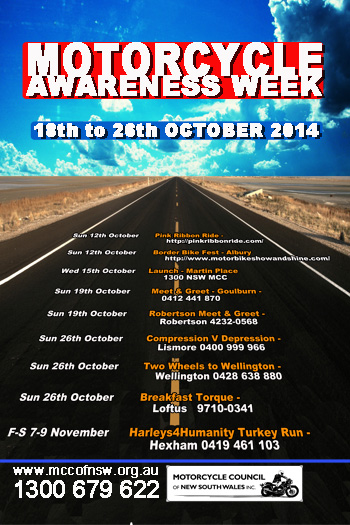 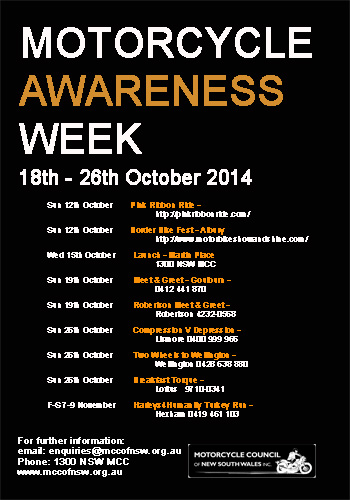 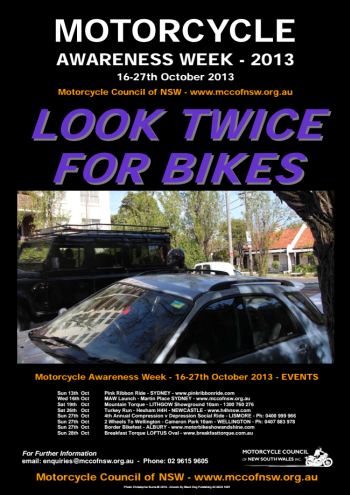 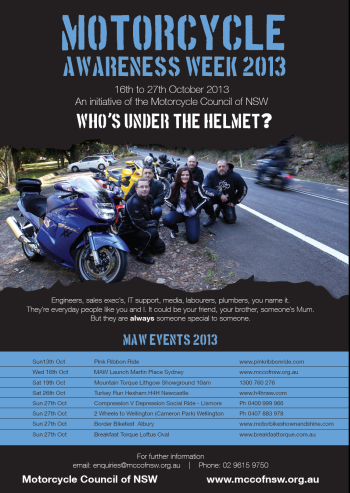 Christopher Burns interview on Road Ramblings radio program about the Sydney Lane Filtering Trial 22nd October 2012.
See the file at the bottom of the page.

The Hon. Duncan Gay’s (Minister for Roads and Ports) speech at the 2012 Motorcycle Awareness Week Launch

The Hon. Duncan Gay’s (Minister for Roads and Ports) speech at the 2011 Motorcycle Awareness Week Launch Click here for the mp3 file

The following videos formed the Please Look Twice! road safety initiative by the Motorcycle Council that was released with the running of the 2006 Motorcycle Awarness Week.
Noticed Neighbour
Noticed Tollbooth
Noticed on the Streets

Highlights of the Road

Charis and George Schwarz’s book about their 40+ years of travelling the world by motorcycle, Highlights of the Road, is now available in PDF format or on CD.

All proceeds from sale of the book continue to fund the Motorcycle Accident Rehabilitation Initiative (MARI) based at St Vincent’s Hospital.

The book can be ordered with the order form below.