Bike Escort for the Quad Squad into Sydney 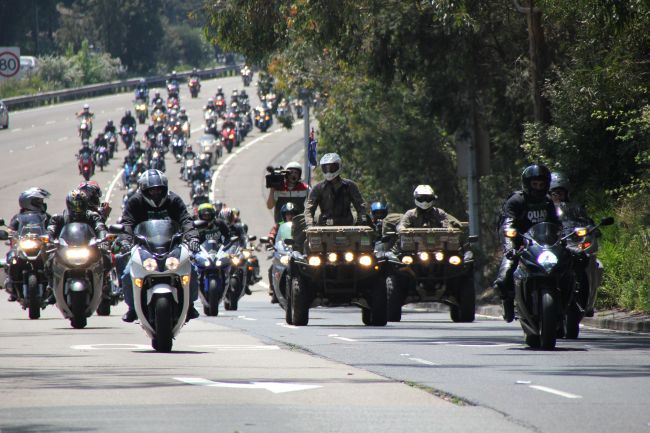 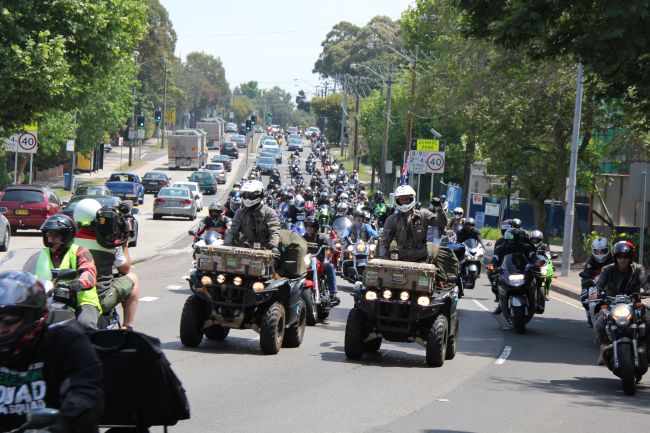 Yes it was the celebration ride for the Quad Squad riders after their epic adventure across the world.
Our club was requested to set up a meeting point for the final ride into Sydney at Somersby.
The sun shone brilliantly
There were about 15 to 20 of us who waited alongside the roadway for the procession to come down from Newcastle The procession when it finally arrived was probably about a half km in length and our group just folded into the ride. We were accompanied by 2 Brisbane Waters Police cars which made sure the ride was very orderly.
Down the old Pacific Hwy to Mt White Road Warriors Cafe where more riders were waiting, in fact it was impossible to get into the off road carpark with the amount of riders. 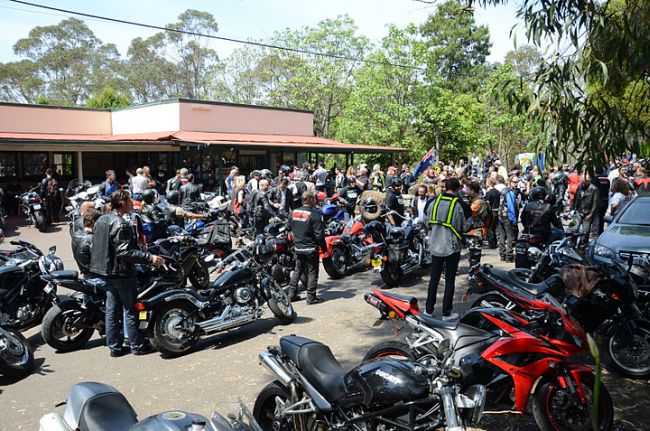 Then back onto the F3 expressway over the Hawkesbury Bridge and then to the former tollgates at Berowra where there were more riders waiting. 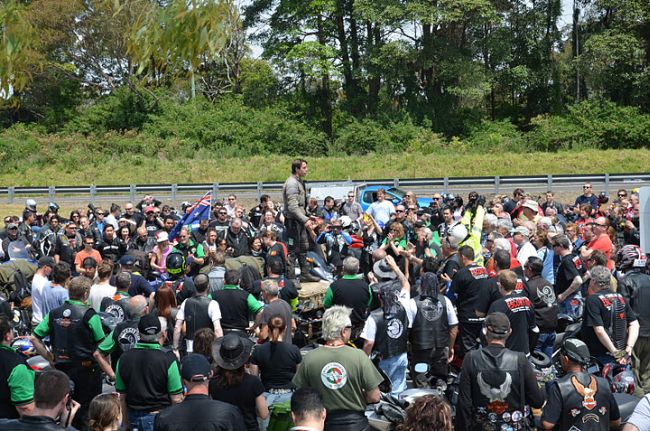 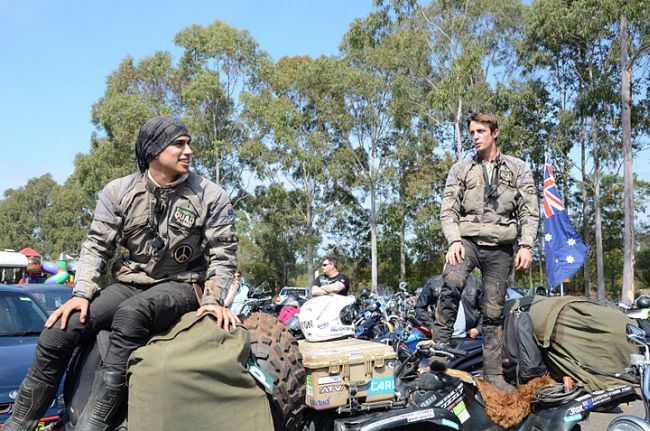 At this point there were bikes trikes scooters of all shapes sizes and description. I rode alongside a postie bike at one point and there were 2 young girls on a Honda Lead. Oz Trikes had a trike with 3 girls as passengers.
By this time the gathering would probably equated to about 300 riders and after some words of appreciation from the Quad Squad lads we then set off to do battle with the Saturday motorists on the Pacific Hwy going into Sydney.
As Mike Holland, Vespa rider described, the ride became like a swarm of insects sometimes riding 6 abreast across 3 lanes and sliding in and out between cars and trucks until we reached the expressway to go over the Sydney Harbour Bridge.
In a bus zone that the police had kept clear we gathered to cross the bridge and then proceed down into the Hickson Rd wharf area and round to another parking area virtually under the Harbour Bridge and next to the water with views over to the Opera House. 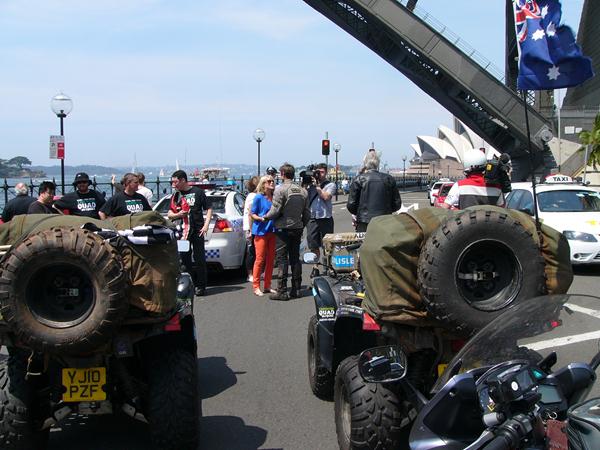 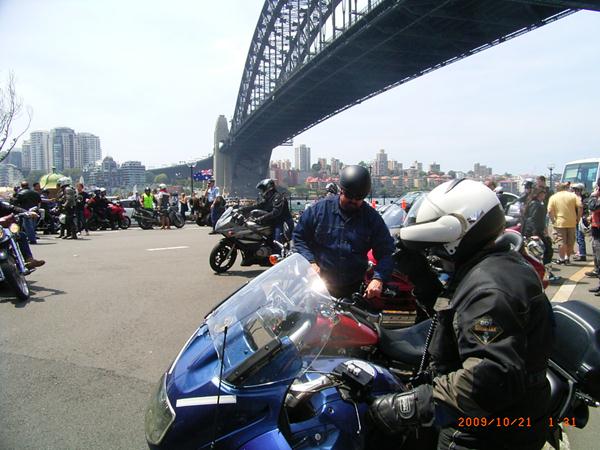 The Quad Squad guys were exhilarated that they had finally completed their journey and with a helicopter hovering overhead and cameras everywhere they moved on round the corner to a location where I presume further congratulations were handed out.
Myself – I had had enough excitement, people waving, horns honking plus screaming exhausts and, sun so I hopped on my scooter and headed home.
Bikers, scooterists, trike riders and others can feel comfort and satisfaction in the rousing welcome they provided these Quad Bike Riders. 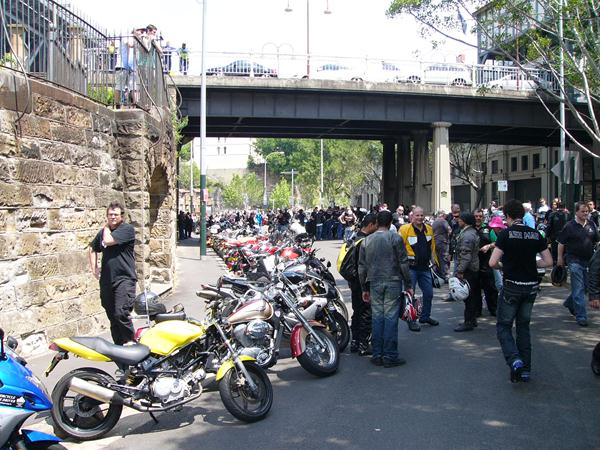 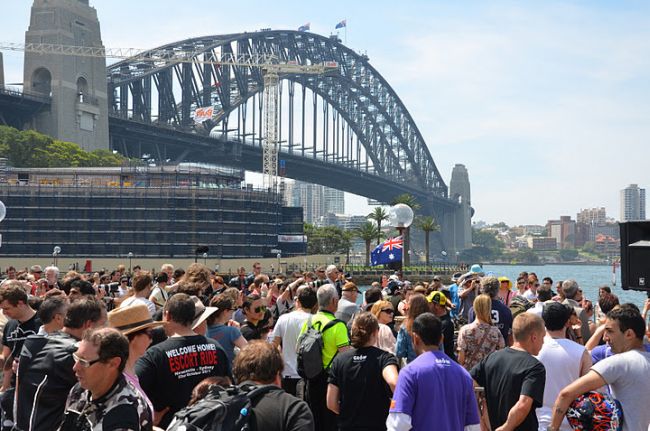 Hopefully it will be another Guinness World record for a bunch of Aussie adventurers. 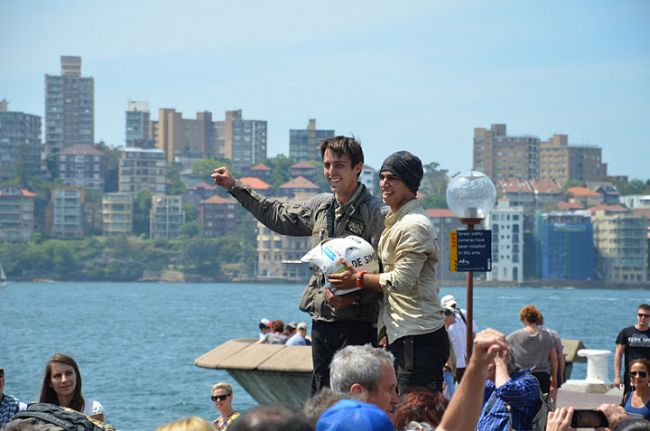 MCC of NSW arranged the escort ride, liaising with the NSW Government to smooth their entry to Sydney. A big thank you to the clubs that kept the roaring noise going all down the coast.