Did you know that Greg Piper MP for Lake Macquarie has been our Patron MCC of NSW for over twelve months?

He has been a great support and ambassador for the MCC of NSW, opening a few doors to government to help our committee represent motorcyclists and safe riding.  He has assisted in organising several parliamentarians for the MAM Parliamentarians Ride in 2019.

Well, we thought we would get to know him better.  So, we grabbed a few minutes out of his busy schedule to ask him why motorcycles. As owner of four motorcycles and until recently, yearly US road trips, we thought we were motorcycle fans. We think Greg may top that list!

All great interviews start with the question, what motorcycle do you ride?

You obviously do a lot of riding in the US to have a bike there, what are your favourite rides in the US? 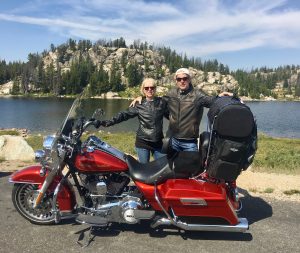 Wyoming at bottom of Beartooth Pass from Montana USA

Utah and Colorado are my absolute favourite riding locations.

Colorado has the two highest paved roads North America. The spectacular mountain views, deep gorges and roads winding through landscapes with amazing features including intense and seemingly ever-changing colours make it a magical ride, like no others.

What about in Australia, what is your favourite ride here? 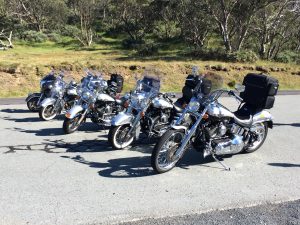 If I have the time, I like to follow the NSW South Coast all the way down to Bega, then head up the Snowy Mountains Highway, over the mountain then down The Alpine Way to Khancoban and the snowy valleys and back via the Blue Mountains.

How long have you been riding motorcycles?

Has there been a motorcycle that you have regretted selling?

What is your most favourite or interesting bike you have ever owned?

My 900 Ducati. I loved the sound of the engine and the feel through the corners, it felt like it was on rails. However, I must admit, it did spend a lot of time being repaired.

If money were no object, what motorcycle would you like to own?

It would be a 750SS Ducati, I would love to ride this golden oldie. I love the look of their classic styling. However, I would also need to roll back time, as it is a younger man’s bike. It would be very unforgiving on my back!

Having rode in the US many times, are there any differences between the motorcycling culture here in Australia and the US? 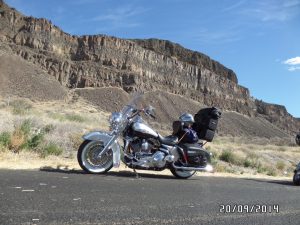 The riding culture in the US is more respectful of motorcyclists than in Australia. They accommodate motorcycles on the road better, drivers are friendlier and give motorcyclists more space. Also, lane filtering or “splitting” as it is called there, is more common with other vehicles being much more obliging by perhaps making a little extra space than occurs here.

Where do you see the future of motorcycling in Australia?

I definitely, don’t see motorcycling diminishing. It will continue to be extremely popular however, there will be some changes to what rider’s ride. We may see a decline in the big tourers and a shift to e-vehicles. I know many motorcyclists are sceptical, but we generally see change adopted at a fast rate. I think the amazing performance of electric vehicles generally and the rapid improvements in the technology will see e-motorcycles an important part of the future.

What do you want to see for motorcycling and as Patron of the MCC of NSW?

The MCC of NSW and other motorcycling organisations are all about bringing the joy of motorcycling and advocating for motorcyclists – for their safety on the roads and encouraging the love of motorcycling.
There is a place on the roads for all vehicles. Motorcycling is such a unique experience, out in the elements and free. It is the perfect harmony of weather, ride and camaraderie.

We think Greg Piper is a great Patron for MCC of NSW – thanks Greg for all your time and your efforts in promoting motorcycling.